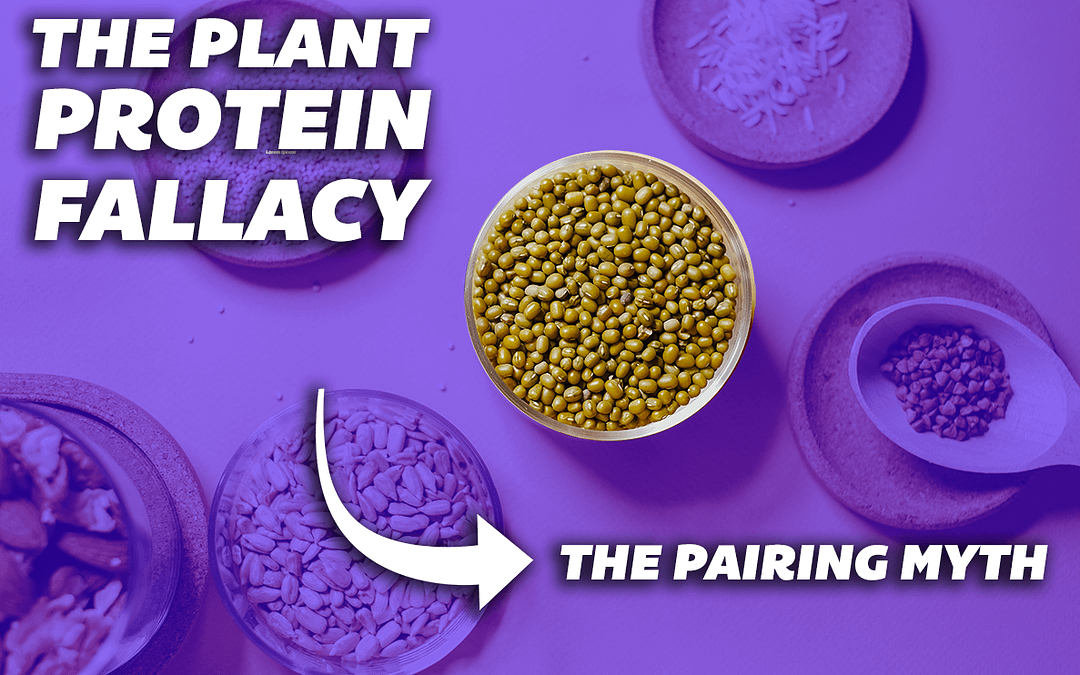 All proteins are made up of molecules that act as building blocks called amino acids. There are 20 different amino acids, which are classified as essential and non-essential. Of these, 9 are considered essential, which must be obtained through food; and the remaining 11 are considered non-essential because they can be synthesized by the body. Foods that contain all 9 essential amino acids are known as complete proteins. It is commonly held that animal-based proteins are complete, but plants are not. Because plants are not complete, we’ve been taught we need to pair them with other plants to achieve a complete protein – it’s time to debunk this fallacy!

Contrary to popular belief, PLANTS CONTAIN ALL 9 ESSENTIAL AMINO ACIDS. We know those bros at the gym have been telling you otherwise, but it’s true! Evidence-based nutritional science has proven that plants contain all 9 essential amino acids in varying amounts. So, yes plants are complete proteins. Yet, the fallacy that we need to pair plant-based foods together (like beans and rice) to achieve a complete protein has been around since the 70s and is still a commonly held belief.

In 1971, the popular book “Diet for a Small Planet,” by Frances Moore Lappé, put forth the plant complementing theory, which peddled the need to pair plant proteins together to get a complete protein. Then in February of 1975, Vogue Magazine released an article titled “How to Stay Well on a Vegetarian Diet and Save Money Too,” which claimed humans need to combine plant proteins to receive adequate usable protein. This helped the plant protein pairing fallacy gain speed and popularity, which is still mistakenly taught by fitness professionals, Professors, Doctors, and Nutritionists today.

However, in Moore Lappé’s 1981 edition of “Diet for a Small Planet,” she retracted her plant protein pairing emphasis stating, “With three important exceptions, there is little danger of protein deficiency in a plant food diet. The exceptions are diets very heavily dependent on fruit, or on some tubers, such as sweet potatoes or cassava, or on junk food (refined flours, sugars, and fat). Fortunately, relatively few people in the world try to survive on diets in which these foods are virtually the sole source of calories. In all other diets, if people are getting enough calories, they are virtually certain of getting enough protein.”

Plants like humans, use the same 20 amino acids to build their proteins. Some plants contain more of certain amino acids than others, but plants do contain all 9 essential amino acids which makes them complete. Protein is a vital macronutrient for growth, development, and repair of cells and being deficient in this nutrient is dangerous – but statistically, Western populations consume much more protein than we need. Currently, there is no evidence of protein deficiency in vegetarian populations either. Some plants do contain less of certain essential amino acids, like lysine or methionine, but not to the detrimental extent of requiring a plant-based eater to always combine plant protein sources with every meal. It is always wise to consume a diverse diet, whether you eat plants or animals, to ensure you receive enough micronutrients, but the old 70’s plant protein pairing fallacy can stay in the 70’s …

For more nutrition advice or a custom meal plan connect with us today!